The goal is to make robot nursing device standard proposals to the international standards organization ISO for non-wearable transfer aids, indoor and outdoor mobility aids, bathing aids, and toilet aids. We will proactively include the contents of the discussions we have held over the last four years and the results of the research that we have conducted in safety and effective performance through the standard consortium in our standardization draft.

In order to make our standards draft, we are conducting studies through the standardization committee made up of specialists and the subcommittees for each emphasized item. The robot nursing devices that are currently being developed are positioned as welfare products that include robotic functions, so we are mainly conducting studies on standards for safety when adding robotic functions to welfare goods.

Of the eight priority areas within the Project to Promote the Development and Introduction of Robotic Devices for Nursing Care, the Japan Assistive Products Association (hereafter, JASPA) has contracted to prepare international standards for the five areas of mobility aids (indoors and outdoors), transfer aids (non-wearable), toileting aids, and bathing aids. We aimed to finish preparing the draft proposal for TC 173 which is responsible for assistive products in ISO during FY2017.
We started collecting and studying literature on domestic and overseas efforts in FY2013. We created data files as an information library, and they are being kept up to date. From FY2014, safety requirements, which are a pillar of standardization, were discussed at the subcommittee for each priority area, and each subcommittee created draft standards to solidify and flesh out the content. To pursue the study efficiently, in FY2016 we established a new common general rules subcommittee to examine safety common to each priority area in aggregate. We also tried to incorporate the knowledge accumulated in other working groups in the standardization consortium such as the safety working group into the standards, and undertook the study efficiently in each subcommittee.
We deemed it best to propose ISO standardization of devices that are added to and controlled by robot technologies as an extension of existing assistive products to TC 173, which deals with assistive products. We studied ISO standards for robot function of existing assistive devices which share the basic functions of robotic care equipment in each priority area . In doing so, it happened that the work of revising the ISO for existing assistive devices began simultaneously with the revision of the EU Medical Devices Directive (2017), so we decided to propose robot care equipment incorporating robot technology as an additional clause, drew up an original draft and submitted it in FY2017. Non-wearable transfer aid devices have the same function as bathing aid devices in that lifting is the main function, so we will submit a proposal as an amendment that adds a robot device clause to WG 13 which is considering revisions to the lifting standard. We plan to unify the indoor and outdoor mobility aid robot and propose it as a robot device clause of ISO 11199 “walking aids”. We are making preparations for toileting aid devices by making an additional proposal of a robot device clause when revising ISO 17966 “products for personal hygiene”. We submitted a proposal to incorporate common general rules for robot care equipment to the new WG 12 established for the purpose of preparing new general requirements for assistive products, achieving the target, the submission of an international standardization plan, set for the five-year standardization project. Since it is a rule that an ISO standard must be published within 36 months after it is taken up by ISO, the necessary follow-up in order to make the content of the proposal into an ISO standard will be an issue. 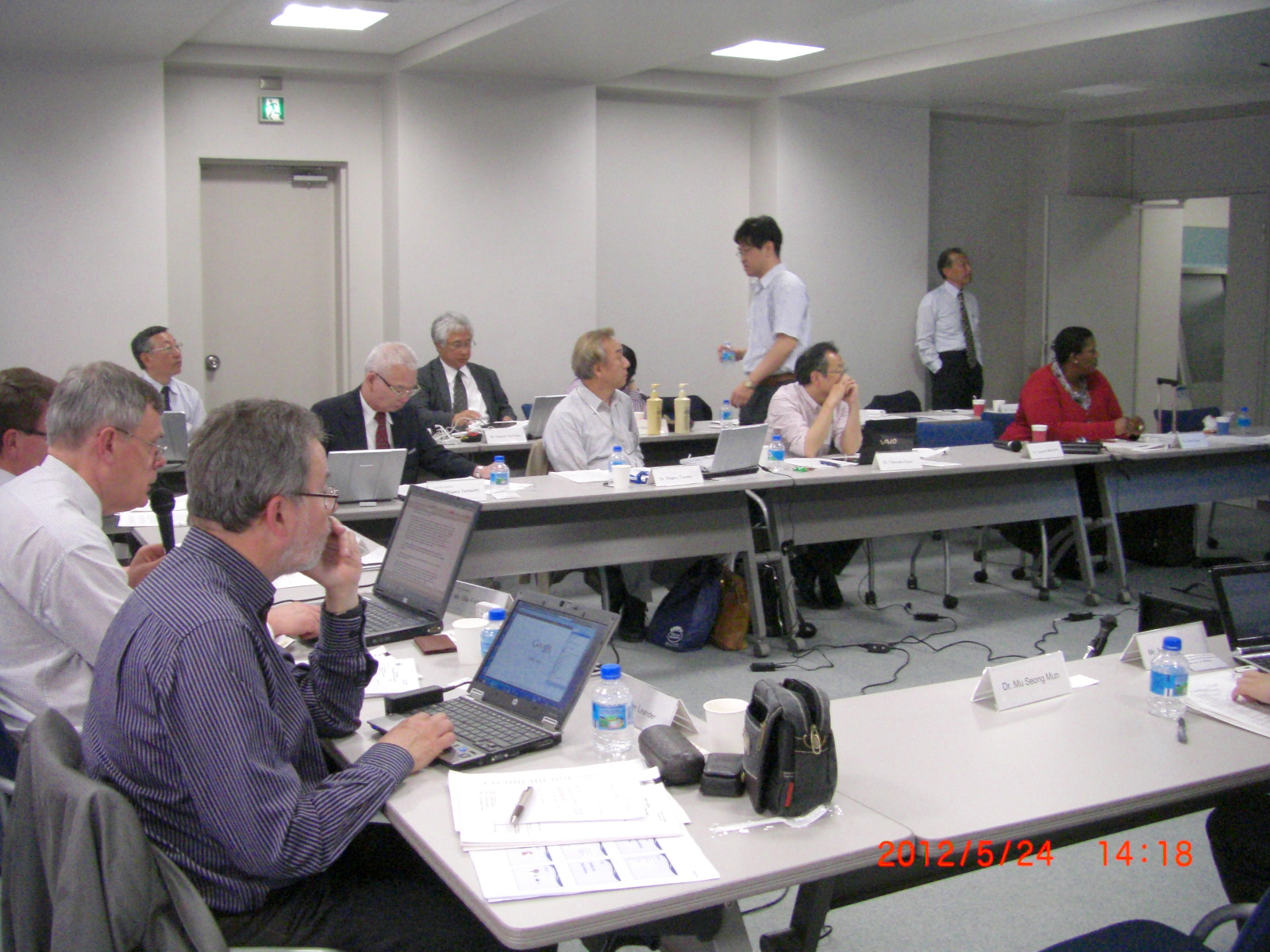